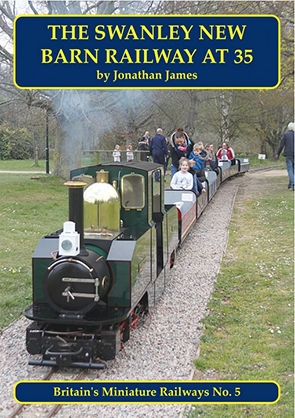 Who would have thought that a very normal sort of public park in London-borderland Kent would become a Mecca for miniature railway folk? You need the right management, and boundless enthusiasm, which Swanley has in droves. The result is a stable of fascinating machines on site, and many interesting visiting locos too. If you are one of those 7 1/4-inch folk who hasn’t run here yet, you ain’t lived, as they (probably) say… We’ve been there just once and it was great fun. 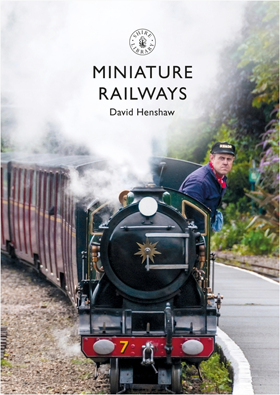 First published by Shire Publications in 1999, this book has been revised and reconstructed, leaving only the title in common with the first edition! Written by our own MR editor David Henshaw, it runs through the genre of miniature railways from the very earliest estate lines to the modern scene. It’s a huge subject, but the book covers as many as possible, with a concentration on the more interesting examples. 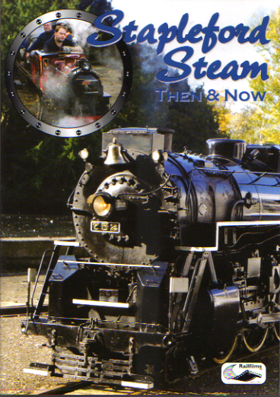 The full story of the Stapleford Miniature Railway

When we get a letter about the Stapleford Miniature Railway, I almost always commit the cardinal sin of suggesting this 10 1/4-inch line is 15-inch gauge. There is an element of Old-Timer’s Disease going on here, for sure, but it’s also a matter of perception, and if you visit the Stapleford Miniature Railway, we guarantee that you too will come away with that perception that it’s bigger than it really is. The story is big too: in the 1950s, the line was built as part of a new safari park at Stapleford Park near Moulton Mowbray, but forced to close when the park was broken up after the death of Baron Gretton in the 1980s. Don’t try this at home, but it’s not easy eradicating a line of this calibre, and with the help and co-operation of Lady Gretton, the railway was brought back to house and exercise new arrivals and former Stapleford steam locomotives. If you don’t know the stable at Stapleford, the watchword – as with the railway – is BIG. This DVD includes much rare footage of the current fleet, and it’s a particularly welcome title, because the line opens irregularly to the public. 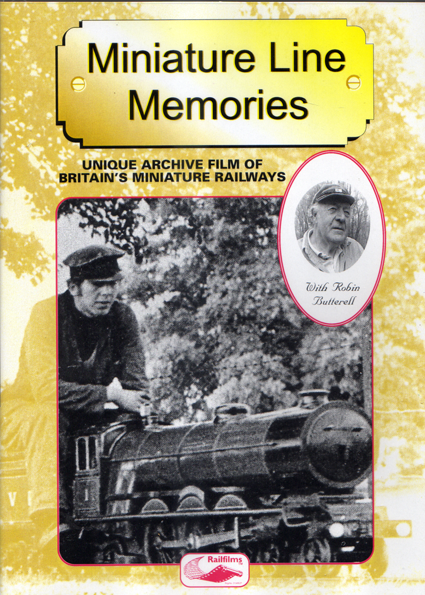 Another excellent DVD from Nick Dodson’s Railfilms. Miniature Line Memories features the best of the late and irreplaceable Robin Butterell’s archive to create a journey examining the origins of British miniature railways, introducing many of the famous locomotives that have marked key developments in the story. Robin authored many books on miniature railways, and it’s no exaggeration to say that no-one knew more about miniature railways! 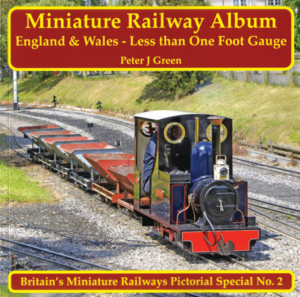 This book has proven extremely popular, which is hardly surprising, given that it covers 31 of the best known 7 1/4″ railways, nearly every 10 1/4″ line and a handful of fascinating oddities as well. This is the second in the Mainline & Maritime series of ‘Pictorial Specials’. The first covered railways of over one foot gauge, and sold out very quickly, although we’ve had it reprinted, see below. 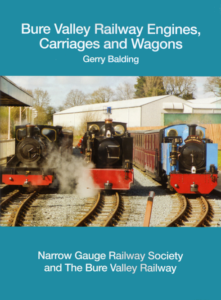 This book follows on from the similar book relating to Romney, Hythe & Dymchurch rolling stock. At first glance, the relatively new Bure Valley seems a less promising subject, but for a new railway it has inherited – and in some cases rehabilitated – a lot of interesting equipment, and there are some fascinating new wagons and carriages too. Plus visiting locos too. It’s also impossibly good value for money. Yes, that isn’t a misprint, you really do get 41 pages and 39 excellent photographs for £5.50 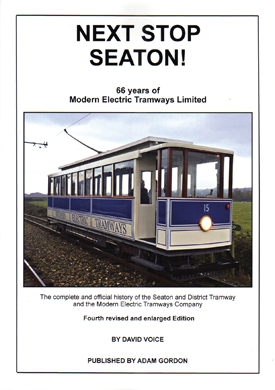 Next Stop Seaton! – the fully revised and enlarged 2019 edition

The latest enlarged and fully revised 2019 edition of this much-loved book on the Seaton Tramway in Devon, and how and why it came about. 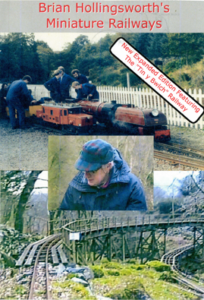 Brian Hollingsworth was a legendary character in the 1970s and ’80s, principally for his extraordinary garden railway in north Wales, which wandered up and down precipitous hillsides and over death-defying wooden viaducts. By 1994, the line was on the point of being lifted, but Brian offered Steve Coulson a wagon ride to just about every corner, and this classic video is the result. Later snippets include Brian’s equally legendary Garretts at Weston Park, and this third edition includes a weath of new material including rare footage of the Tan-y-Bwlch railway. 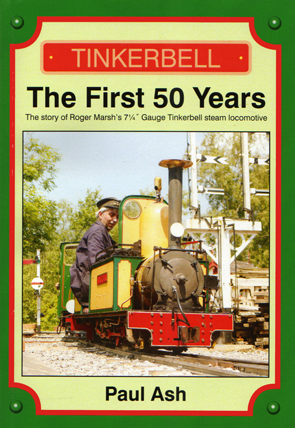 Tinkerbell
The First 50 Years
SOLD OUT

The Tinkerbell was arguably the first 7 1/4-inch gauge locomotive the driver sat in rather than behind, changing miniature railways forever. This was done by halving the scale of a rugged little 18-inch gauge Beyer Peacock shunter and popping a pony truck on the back to support the driver.
After Tinkerbell, garden railways changed from being large model layouts to small railways, and the first Roger Marsh prototype went on to spawn a whole dynasty of variants.
We’re keeping this entry in place, because a SECOND EDITION is expected in early 2023 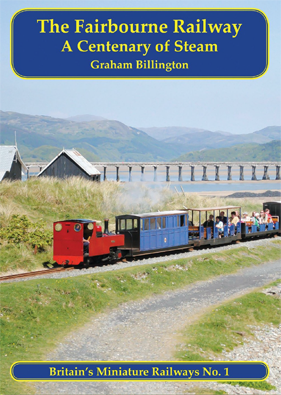 The Fairbourne Railway
A Centenary of Steam

The Fairbourne has had no fewer than two full changes of gauge in its long history, evolving from a short narrow-gauge horse-drawn line to an unusual 12 1/4-inch gauge miniature railway. It’s been around since 1895 and celebrated its 120th anniversary and steam centenary in 2016. The first edition of this book sold out very quickly, as has the second. Sorry, we sold our last copy in January 2021 . 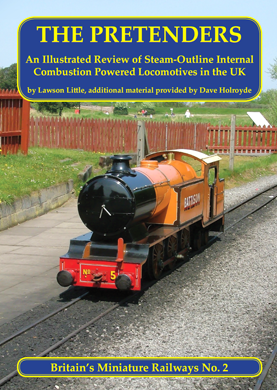 The Pretenders
The story of steam-outline miniature locomotives

To say that books on steam-outline locomotives are rare would be an understatement. They don’t exist. Steam-outline locomotives are often used on miniature railways in place of the real thing. You can see why – they’re easy to drive, and smaller passengers probably prefer them, as there are no bells, whistles and hot, sooty bits to worry about.
This new book covers the sector from the very early years to today, but only the wider gauges. 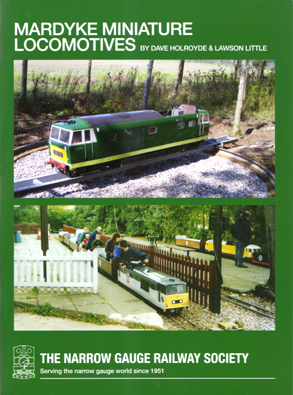 Mardyke is best known as a manufacturer of commercial miniature railway equipment, so the name may not be familiar. The company’s specialises in well-finished and well-thought-through machines. The back-catalogue includes such brave ventures as the iconic HST and TGV sets. Just like the real thing, these trains are complete integrated sets, double-ended and with matching carriages. 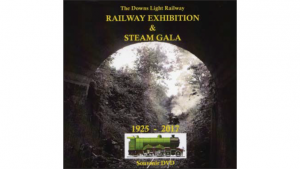 The Downs School Miniature Railway (now the Downs Light Railway) is a very rare survivor, both in terms of gauge (9 1/2″) and longevity (92 years and counting). This little DVD has been produced as a souvenir of the railway’s ‘rededication’ during the 2017 Railway Exhibition & Steam Gala. Only 30 minutes running time, but packed with interest at a very modest price and all profits go to supporting the railway! 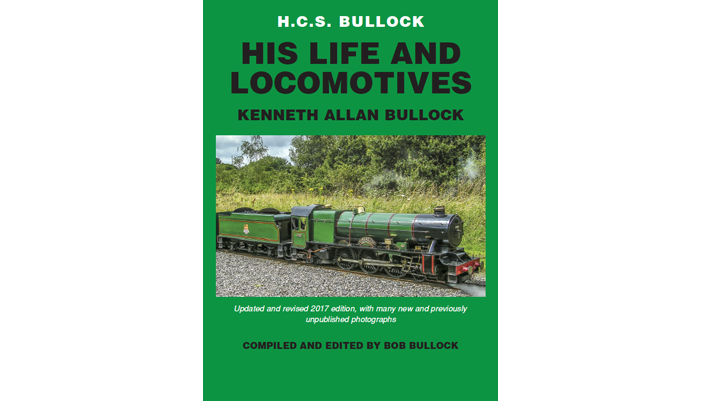 Eighty years ago, in 1937, miniature locomotive engineer H C S Bullock died in tragic circumstances. Fifty years later, his son Kenneth was encouraged to write a book on his father’s life and work – principally his impressive 10.25-inch miniature locomotives.
In 2017, as a tribute to father and son, Bob Bullock has brought together new photographs, many previously unseen, and some in colour, to produce a second edition to Ken’s 1987 book.
The update has twice as many pages and is packed with new information, with new maps of the Foxhill Miniature Railway, based on the latest research. They give a vivid new insight into this fascinating and at times heartbreaking story.

This album of photographs covers all railways with a gauge of over 12 inches, so predominantly 15-inch gauge.
Photographs are all taken in the modern era, and most are large and of exceptional quality, emphasised by a gloss paper, which really brings out the detail. If you like your photos rich and full of colour, this book is for you. Includes many rarities and private lines. 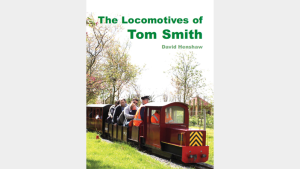 The Locomotives of Tom Smith
Biography of the prolific locomotive manufacturer

Tom Smith built around 50 – mainly 7.25″ gauge – miniature locomotive in his suburban garage between 1970 and 1993. Even within this niche world he’s little known, but though his designs went on to influence a generation. With this book we’ve set the record straight, tracking down rare photographs, and unearthing a few long-forgotten locomotives too.

Plans and Drawings
As there is now such an interest in re-using Tom’s iconic designs, we’ve included plans and drawings wherever possible to assist with new builds. If you want to build and operate an economical garden railway, this is the place to start!

The story of the build-up, execution and aftermath of Dr Beeching’s ‘Reshaping’ report of 1963. If that sounds dry and depressing, the final chapters of the book look in some details at the success of railways that have been brought back, and suggests a top list of future candidates.

First published by Shire Publications in 1999, this book has been revised and reconstructed, leaving only the title in common with the first edition! Written by our own MR editor David Henshaw, it runs through the genre of miniature railways from the very earliest estate lines to the modern scene. It’s a huge subject, but the book covers as many as possible, with a concentration on the more interesting examples. 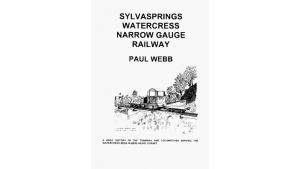 Narrow gauge industrial railways are dead aren’t they? Not quite. In deepest, darkest Dorset, a solitary line has survived. It’s now thought to be the only narrow gauge freight operation in the UK, and one of very few 18-inch gauge lines of any kind worldwide. This story, ably told by Paul Webb, is largely illustrated with photographs taken by Miniature Railway founder Patrick Henshaw in the 1960s and ’70s.